"I am old. It is the only small and miserable advantage I have over the mighty John O'Connell and his remarkable ensemble of musicians in SIMPLY DYLAN. For I am so old that I was there when my first and only hero, Bob Dylan, played Liverpool on the first Saturday in May 1965 and that electric night in May, 1966.

And no, I didn't boo and hiss and shout "traitor" when the band played. I just sat there spellbound, witnessing a young   man, wild with words, barely in his mid twenties, at the very height of his surreal splendour.

And therein lies my sad advantage. No member of SIMPLY DYLAN is remotely of the age that they could possibly claim that they were there.  See I told you I was old.......

And now I will cut to the chase and make another claim.

I was there on Saturday the 9th of February 2019, when SIMPLY DYLAN played at the sold out  Citadel. And it was glorious - helped considerably by the professionalism of the sound engineer, the front of house staff and the roaring and vivid approval of  the audience - but the night belonged to SIMPLY DYLAN  and the genius of John O'Connell.

Together, they marry the extraordinary range and beauty of Dylan's lyrics with the joyous and exuberant, celebratory sound I have  always secretly wanted to hear whenever, in recent decades, I have listened to Bob Dylan.

No one can ever go back in time to recall the wonder and near disbelief of discovering Dylan for the first time, but I can make no finer tribute to SIMPLY DYLAN than to reveal that they allowed this old man to go back and listen again with love to his first and only hero."

No frills, no gimmicks, no pretence SIMPLY DYLAN is John O'Connell's personal exploration and celebration of the rich and diverse work of Bob Dylan. John O'Connell, a rare talent who has had his name indelibly written in to the tapestry of Liverpool's music scene, has collaborated with other highly reputable musicians from the city to form his Dylan Band.

It is their precise playing and high energy renditions of Dylan's work from the 1970s onwards which has gathered momentum and generated incredible interest. From a modest project recognising Dylan's 70th Birthday in 2011 Simply Dylan has gone from selling out the Cavern Club 6 times, to receiving fantastic reviews from the Spanish Press, to impressing Dylan fans from across the UK on their Tours with SJM Concerts, to opening up the IOW Festival 2019 performing on the Big Top Stage.

No ordinary interpretation, this is a remarkable and exceptional project which promises to delight Dylan fans young and old and to ignite a new wave of passion for one of the world's most prodigious songwriters.

"Desolation Row - Probably the most challenging song on the set-list tonight was given to John O’Connell a.k.a. SIMPLY DYLAN. They bill themselves as “a tribute to Bob Dylan, not a Bob Dylan tribute” and that’s spot on.  There’s no attempt to look or dress like Dylan or imitate his voice. Why would anyone do that when even Dylan hasn’t sounded like Dylan for decades? Instead you get John’s excellent and powerful voice, enunciating the words clearly backed up by a brilliant bassist and violinist. Having seen a mixed bag of gigs from the man himself ranging from inspired to forgettable, you could quite easily make the case that John and his band do a far better job of honouring the richest back catalogue in popular music history. Definitely going to try and catch a full show."

"John manages to let you ponder every sentence, with every word pronounced and sung with integrity. It makes you treasure the greatest artist of all time even more.”
Simon Wilson, Nottingham Post 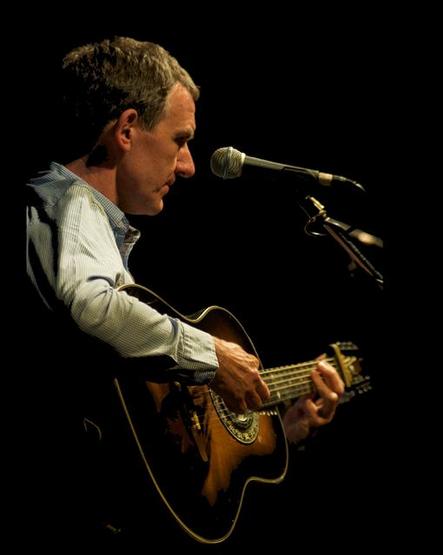 "I went to see Johnny O'Connell playing Simply Dylan at the Cavern Liverpool and it  was absolutely stunning. Johnny is one of the most talented musicians I have come  across and his Dylan set is effortlessly brilliant."

"Simply Dylan in Blackpool... I had a great time on Friday listening to Johnny O’Connell playing Simply Dylan for around 2 hours. Normally I don’t like Dylan 'covers' but this guy is different. He’s  not an  impersonator, more an interpreter and an accomplished  musician and singer to boot. This was great fun and an ideal way to meet up with  friends and to get in the mood for the show. He was only going to  do  two gigs, one on  the Friday and the other on Sunday but, by popular demand, he performed on Saturday  as well..."